PHILLIP P LYNOTT   and my time with him by Barry James Thomas
I was playing guitar for my brother’s band THE DOUGGIE JAMES SOULTRAIN in 1985. I had been playing guitar for 8 yrs previous in my own bands, playing mainly rock and THIN LIZZY were the most albums i had in my collection! Although i had heard the Earlier Eric Bell stuff, JOHNNY THE FOX was the first album, Phillip’s charismatic voice coupled with Robbo’s agressive guitar style and the solidity of Downey and Gorham made THIN LIZZY my Favourite band!

So many times, like a lot of guitar players, i would put on LIVE and DANGEROUS, Still in love with you( which Phillip told me was his favourite song as he always got a girl at the end of the night!) That was Phil joking! Pick up my les paul copy,play  the Robbo solo and imagine when the crowd roared, i always imagined one day i might get that at a gig? But NEVER thought i would ever MEET or even PLAY with Phillip Lynott!
Unknown to me, my brother knew Phillip and Philomena. We were playing at THE INTERNATIONAL manchester playing before Samantha Fox, when my brother said PLAY DANCING IN THE MOONLIGHT  i said ok, then as i started to sing, I looked down and saw Phillip smiling at me! I crapped my pants!!! My hero was watching me play HIS song!!

After we finished our set, Dougie introduced me to Phillip,remember not being able to look at him from nerves, when his big hand engulfed mine, what he said wasnt what i expected! He said …

Arh, you sing well play well and Joey tells me you do a bit in the garden? come and do the garden in Richmond for when the kids come round, and i’ll put you on to a few people!

at this moment i was glad my dad encouraged going to Agricultural colledge!!! so i started staying with Phil,in march 1985, doing the garden which was massive and overgrown! Phillip said if it started to rain i could play on the instruments  in the studio so i prayed for rain everyday! I played all his basses and guitars, he had a marshall 50 and a rockman pre amp i would play with my yamaha sg 500! Phil walked in and said i sounded good! picked up a bass and jammed with me!! I  was jamming with Phil!!!

After 2 months Phillip said Ah barry i was only trying you out to see if you were a hanger on( at that time there were lots of them!)forget the gardening come in the studio because you can reach all the high notes i cant reach and you sound like F******** me!
My legs went! He invited me to easy hire studios in London to record a couple of tracks he had done with Junior Giscombe whats the matter baby and one wish! Phillip asked me my opinion on his voice on whats the matter baby i said he sounded like an Irish Marvin Gaye! he laughed and said I LIKE that! My hero was becoming my friend,seemed we had somethings in common.

I was commuting on the train between manchester and london constantly,on his birthday of that year,Phillip invited me to the studio again,i arrived at the studio the engineer said forget it he’s in the pub!

Phil said to me for helping him he would PRODUCE my Jazz funk band of the time. A happier boy i could not be, so i wrote songs ready for this to happen!!!

I was at heathrow when i last spoke to Phillip on the 18th dec 1985. I called Phillip and said “Hey Phillip, can i come round for a cup of tea? Phillip said Sorry Barry you know you cant come round when the kids are here, so i will see you in the studio to produce youre band on the 18th Jan 1986! as we all know he left this Earth for the great gig in the sky  on Jan 4th 1985 and ever since that day i personally have missed Phillip’s warm charismatic smile , his energy and most of all his sense of humour(he could be a devil sometimes!!)

I found out from other friends of Phiilip that he was grooming me to be  one of the guitarist in his new band,like  Hendrix’s Band of gypsys, Phil was getting a band together  with black origin musicians, i was to be paired with Gus Isadore! Sadly that never happened but Phillip P Lynott’s belief in me, i never forgot, and to this day if someone asks me if i am any good i say,Well, if i was good enough to play with Phillip P Lynott, then i must be ok?
I miss and love you Phillip, What an amazing friend you were to me! 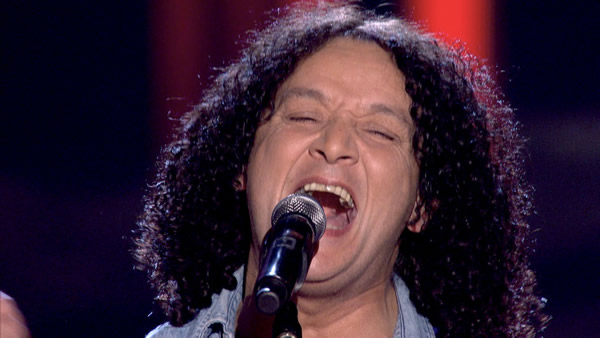