Limehouse Lizzy (UK) is not just a Thin Lizzy tribute band.
The British group around Wayne Ellis (bass / vocals) and Greg Alcock (guitar) comes very close to the unique sound of Thin Lizzy themselves.
Their live reputation is widely known in the UK and even earned the group a “Live band of the Year” award from the prestigious Guitarist Magazine.
Especially for “Remember Phil & Gary”, Limehouse Lizzy is making the crossing to the Netherlands this year, thereby interrupting their British tour of 100 (!) performances. 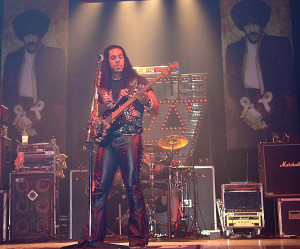